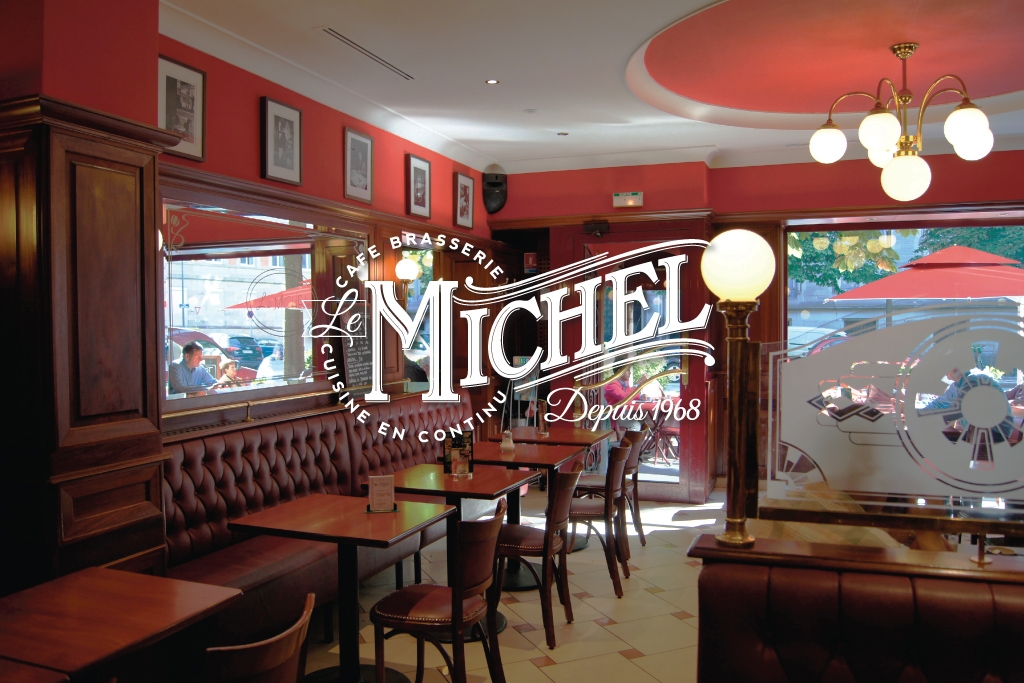 Opened in 1969, Le Michel is famous throughout Europe and attracts crowds of foreign tourists as well as local customers. In this 5,000 square foot restaurant, the kitchen is open from early morning to late in the evening, and the bakery in the basement provides delicious pastries and desserts all day. 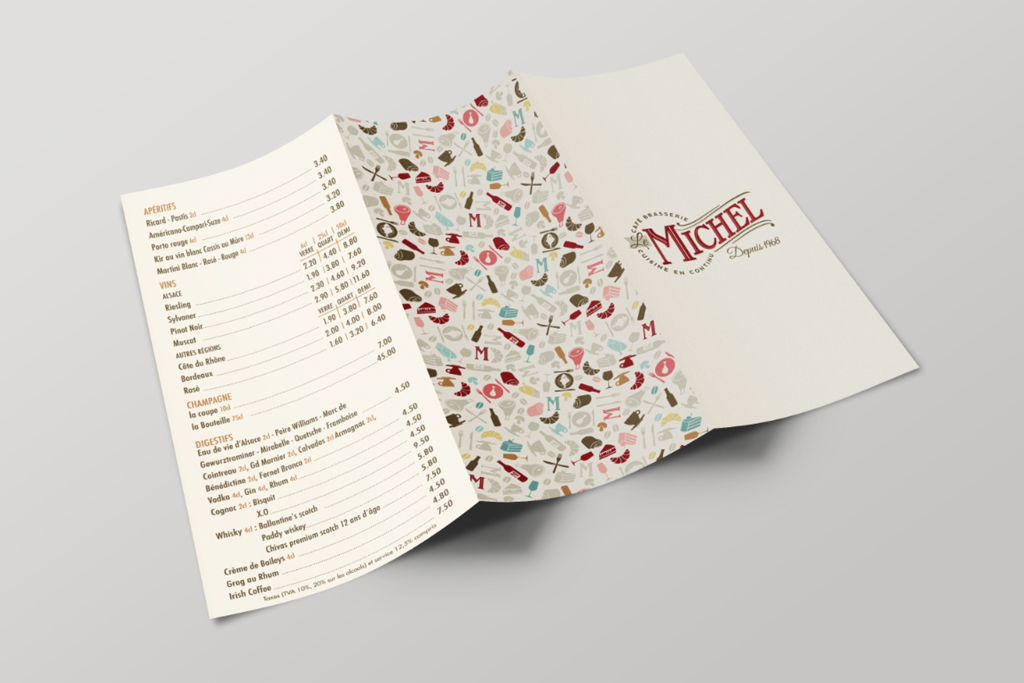 But as often is the case, our client’s strength, their longevity, was also its greatest weakness. The restaurant looked old and tired and was in desperate need of a total make-over. The owners wanted a modern interior, but we believed that to be simple and cold. Luckily, we persuaded them to emphasize their strength and to use a classic Brasserie interior, which would continue to attract their international clientele. 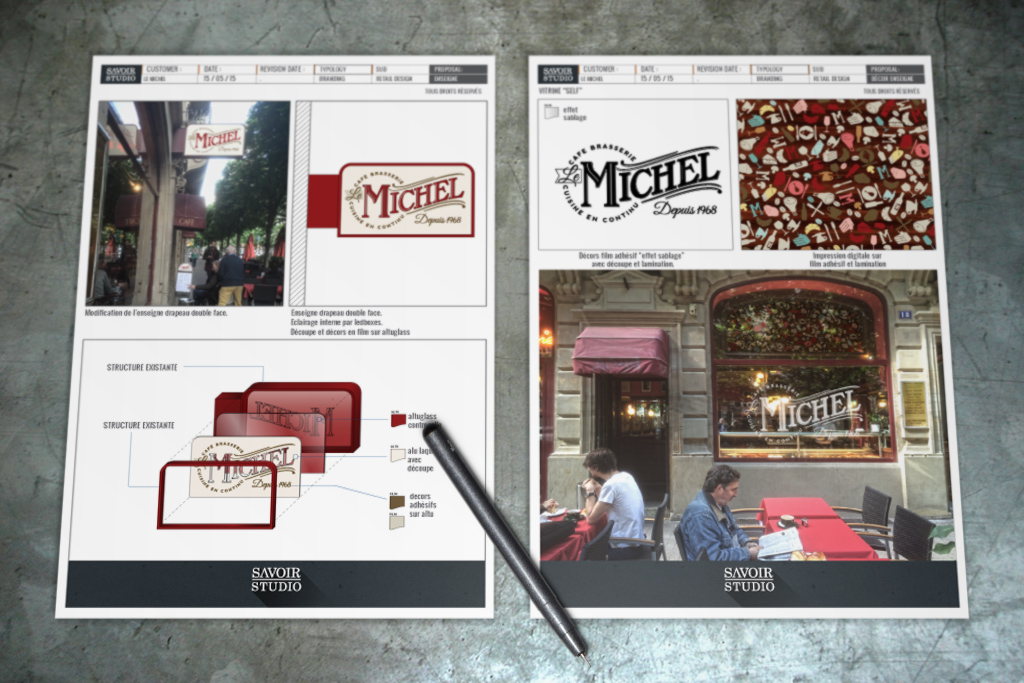 The charm of this design would reinforce the sense of tradition and great cuisine. After much research on early 20th century interiors, we identified the right choice of materials, colors and atmosphere, and presented the project together with new branding to complement this direction. Our aim was to communicate the sense of French tradition and cuisine but in a fresh and modern way. We layered this concept on menus, window marking, and plates and coffee cups, which created the impression that it had been there forever. When the restaurant re-opened, regular customers were happy and delighted, and the flow of tourists steadily increased. Mission accomplished.