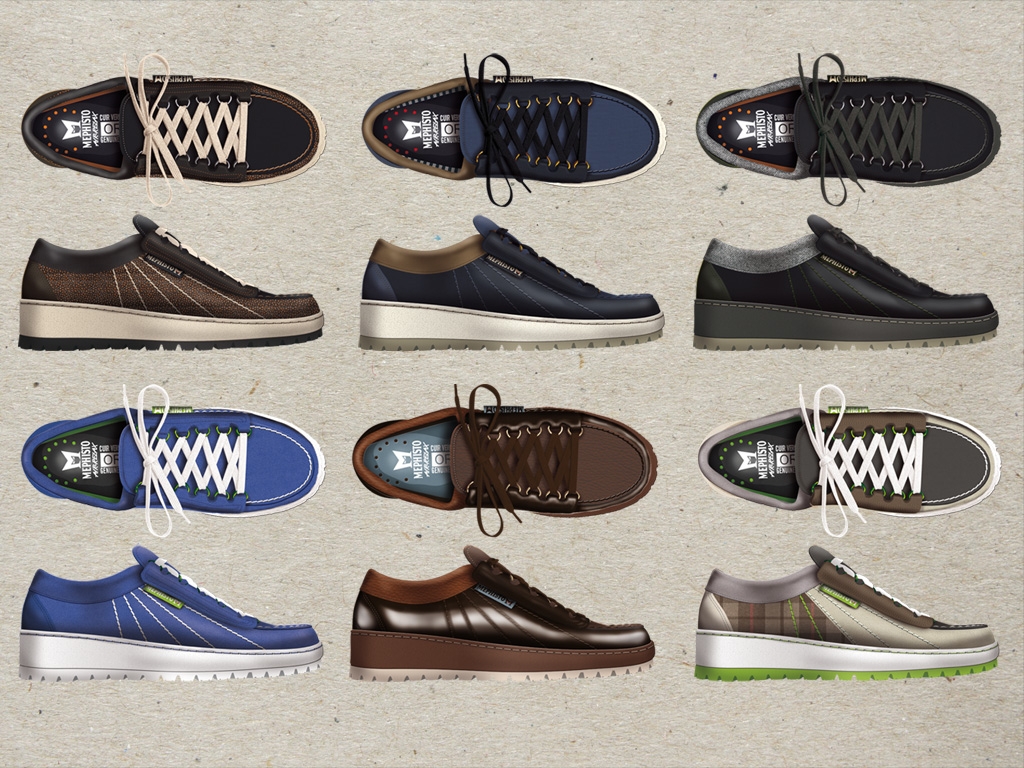 In 1965, French brand Mephisto launched the “Rainbow”, a loafer which became the spearhead of Mephisto, a phenomenon that quickly established itself as one of the classics of European wardrobe.Sold in 800 exclusive Mephisto stores in more than 86 countries, one can also find the Rainbow shoe in over 200,000 retail doors around the world.

For the 50th anniversary of the Rainbow loafer, Savoir Studio was commissioned by Mephisto to redesign their most iconic style which launched in Fall 2015. Re-designing a classic shoe like the Rainbow is a great challenge. The design team at Savoir Studio had to first carefully identify the characteristics of the shoe, in term of fabrication, construction and proportions. The goal was to give it a more contemporary feel, without compromising its uniqueness.

The comfort of a walking shoe like the Rainbow makes it an ideal companion for today’s big city lifestyle. Replacing the heavy rubber sole with an ethylene vinyl acetate sports sole, Savoir Studio gave the classic silhouette a more athletic/chic and younger feel. Experimenting with both materials and textures, the Savoir Studio team combined elements from the outdoor technical world with fashion forward colors and patterns, pushing the new Rainbow into the 21st century. For the womens’ collection, Savoir Studio accentuated the classic European luxury elements and fast paced big city toughness to create a fresh new look. Animal prints and hip patterns collide with rich vachette leather trimmed with glitter and metallic gold. The Studio gaves this Mephisto classic women’s shoe a dynamic and on-trend twist. These projects are part of an on-going collaboration between the Company Mephisto and Savoir Studio.